Today we had an amazing experience at The Raptors in Duncan, BC. They hold flight demonstrations and various experiences to learn about birds of prey. Education is key to keeping these amazing creatures alive and thriving.

These majestic birds can thrive when their environments are maintained and can help keep humans alive and safe. For example, we learned that vultures stomach acid is 1 pH, the same as battery acid, and can remove deadly viruses from the world. Vultures can digest animals that have rabies and stop the spread from getting to humans. 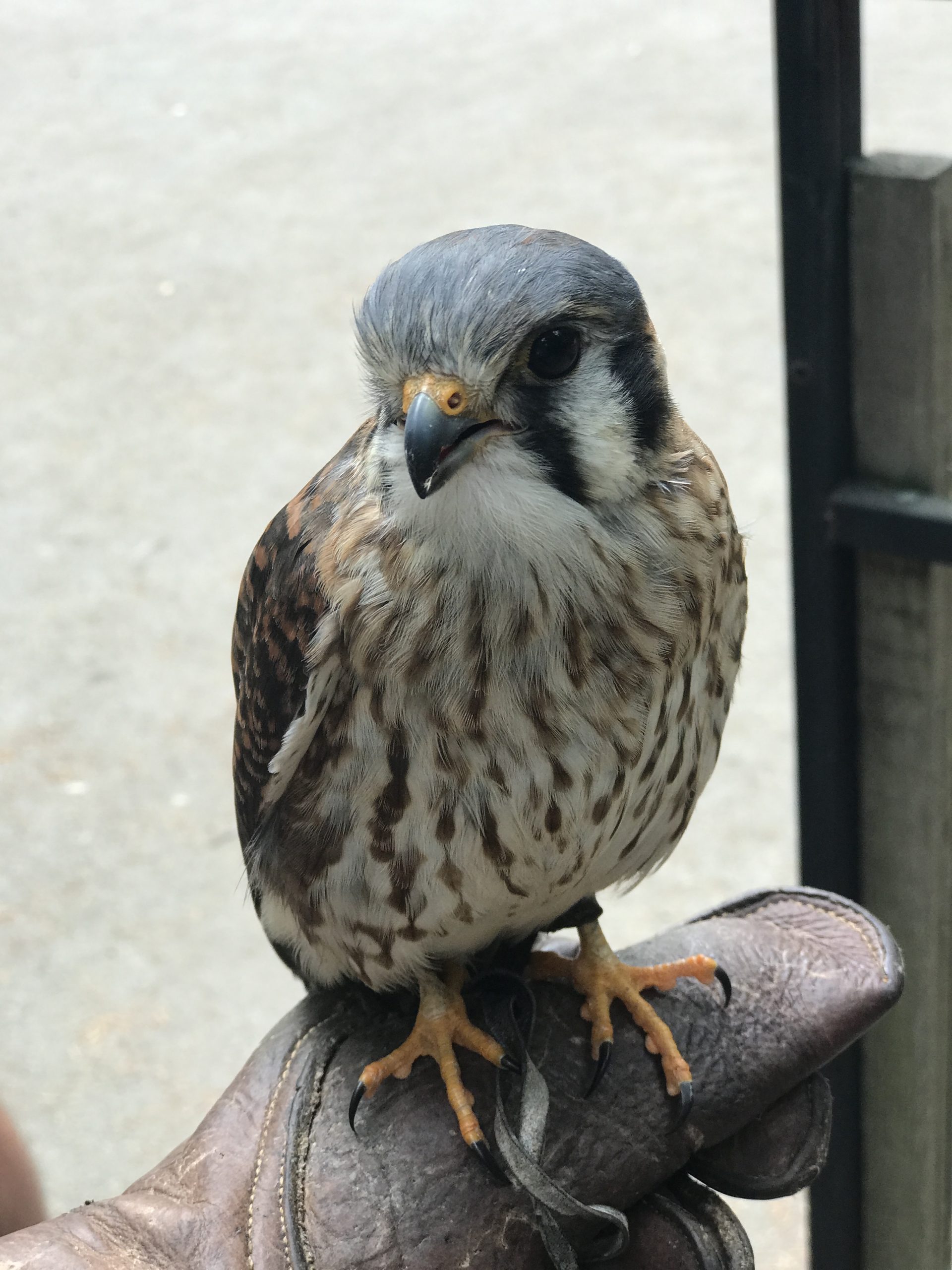 Most of the birds at The Raptors are not able to be released into the wild due to injury or being handled by people for to long that they don’t know how to survive on their own in the wild. Staying at The Raptors gives these birds a new lease on life and regular exercise in a safe environment.

Kyle, the common raven, only has one wing due to an injury as a baby. He fell out of his nest and was attacked. He survived, but his wing was so badly damaged that it needed to be amputated. Due to only having one wing, Kyle would never be able to survive in the wild on his own. Instead, he gets to play and run around on foot without worrying where his next meal will come from.

When we arrived a flight demonstration was just about to start. We got to see and learn about bald eagles, turkey vultures, and spectacled owls. It was cool to learn about the different ways that they hunt and how they interact in the wild. Elton, the spectacled owl, came out, but was not having it today. She flew up into a tree and didn’t want to come down. They explained that the birds that are able to fly are free flying and have the ability to choose where they go. Most don’t go to far, but some like to do their own thing. We learned that they had a harris hawk fly off for three months and then come back and was sitting on his enclosure waiting for someone to let him in.

During our visit we participated in the Raptor Experience, which was 100% worth it! The package included all day admission to the facility, access to all flying demonstrations and talks, as well as getting to get close to these amazing raptors. We even got to hold and feed some! The experience costs $110 per person and lasts for about two hours. It is guided and you get a tour of the facility.

We got to hold an American kestrel, a spectacled owl, and a hybrid falcon (gyrfalcon and peregrine falcon). We wore a special leather glove to make sure that we did not get any talons digging in.

During our Raptor Experience we even got to feed two black vultures! One of them was missing a wing like Kyle, so is not able to be released back into the wild. 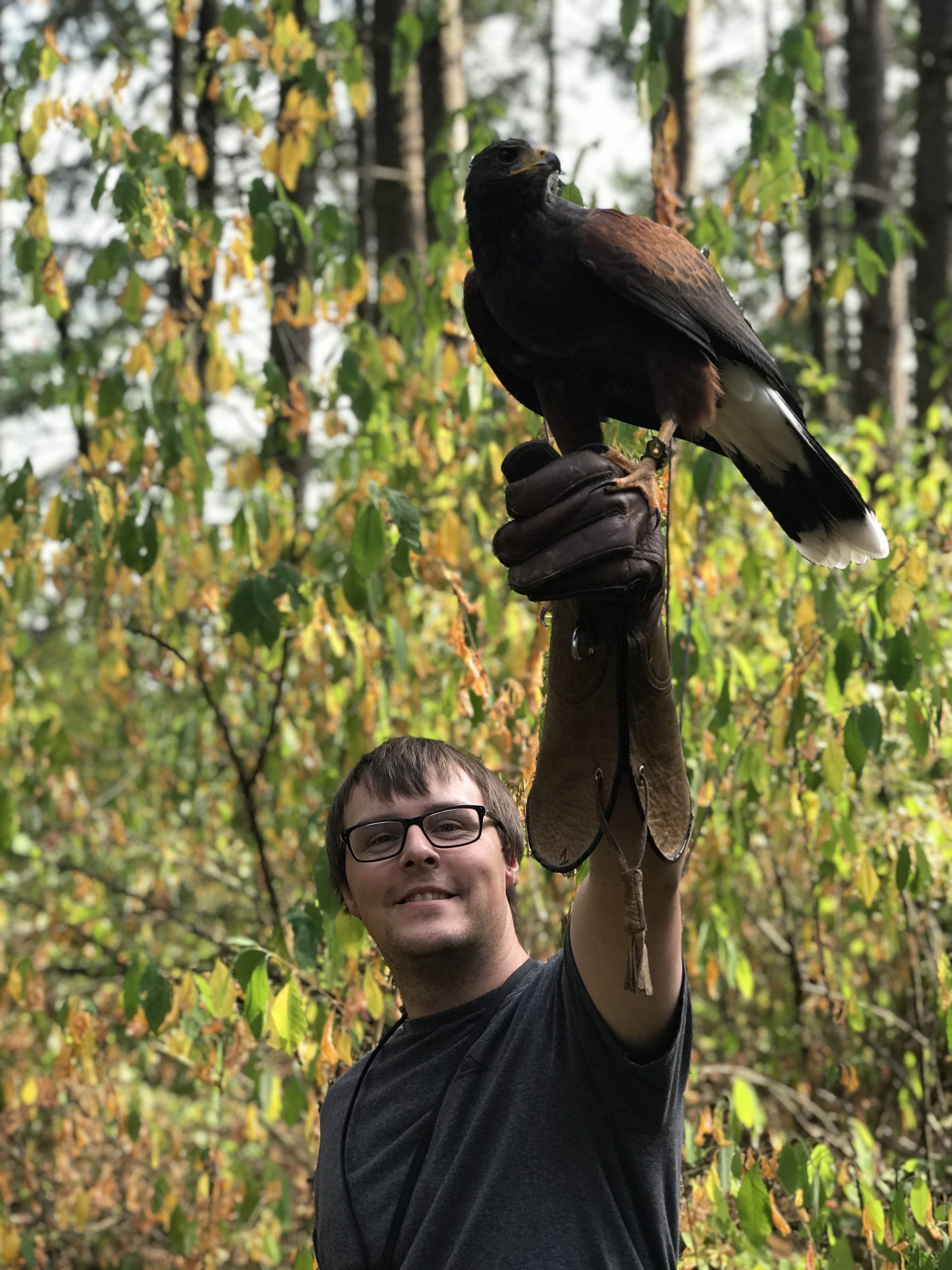 We also got to go on a hawk walk. We went into the trees and Anakin, the harris hawk, flew with us landing on our gloved hands for bits of quail meat. Was super cool to have Anakin flying around while we walked. He was free to go to which ever branch he chose.

The Raptors also works in wildlife management and conservation. Education is a big part in protecting these amazing birds from disappearing. There is also The Raptors at Work program.

The “Raptor Program” at the Vancouver International Airport (YVR) helps to keep the skies safe for both birds and passengers. Raptors are used to clear runways from flocks of migrating birds that could get hurt or hurt people by getting into play engines or obstructing piolets views. By using raptors, the birds are removed from runways without getting hurt or being killed. Previously, birds on run ways were shot at which resulted in some of them dying while the others flew away.

This is an amazing place to visit and a great educational experience. The offer a variety of programs and visits to suit everyone’s needs. You can take a week long falconry course, do short experiences like we did, and they even do weddings! Who wouldn’t want a bird of prey to be your ring bearer?

Check them out at: The Raptors