Pajo’s Fish and Chips holds a special place in our hearts. It is where we met for the first time back in 2010. It is a great restaurant and was an awesome first job!

Pajo’s is famous for it’s fish and chips and it’s unique original location. There are now four locations, but the first was Pajo’s on the Wharf. The restaurant is on a dock in the Steveston Harbour. In the summer it is a super busy place. We stopped by now because we wanted some good fish and chips as well as seeing who was working that we might know.

We ordered cod nuggets and grilled cod tacos with fries. The menu has changed since we worked there, but we were still able to get some delicious food! They have regular tarter sauce and spicy tarter sauce. We got both as spice is great, but sometimes you can’t beat the classics.

They are able to do their fish deep fried or grilled and offer the options of cod, salmon, and halibut. There are also burgers, hot dogs, and sides.

The original location is where we both started out. There are also locations at Garry Point, YVR, and Rocky Point Park. 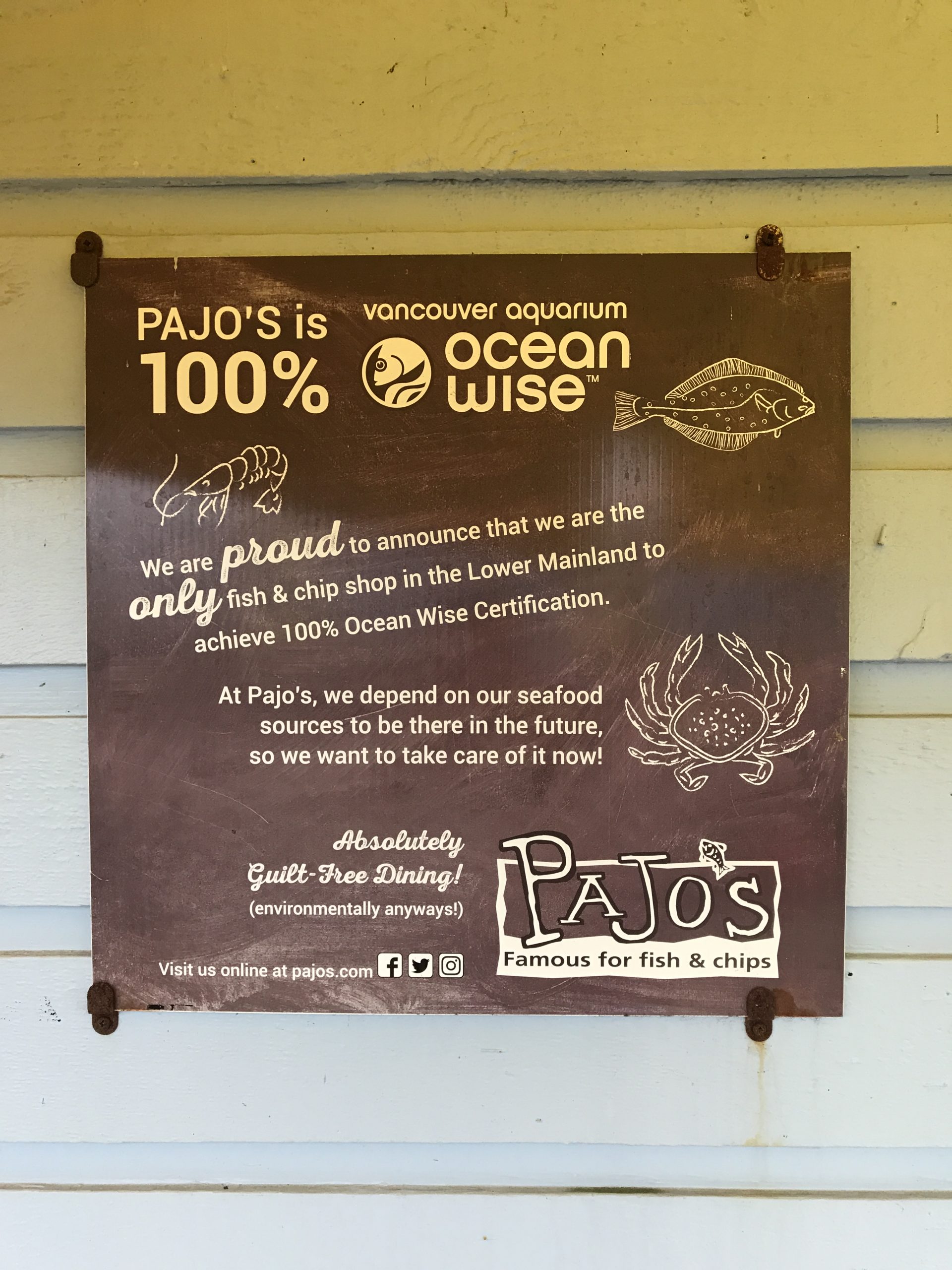 Pajo’s has won some awards, with achieving 100% Ocean Wise Certification. They are the first and only fish and chips restaurant in Vancouver and the lower mainland to achieve such a distinction. With the certification, Pajo’s strives to keep healthy seafood stocks as well as reducing the impact on other habitats and sea life species.