We tried a new recipe and it was delicious! The recipe came from a Youtube video by Sam the Cooking Guy. The video can be found here Crispy Coconut Shrimp. There were not exact measurements so there is a bit of guess work involved. Partly, it comes down to how you want your food to taste. 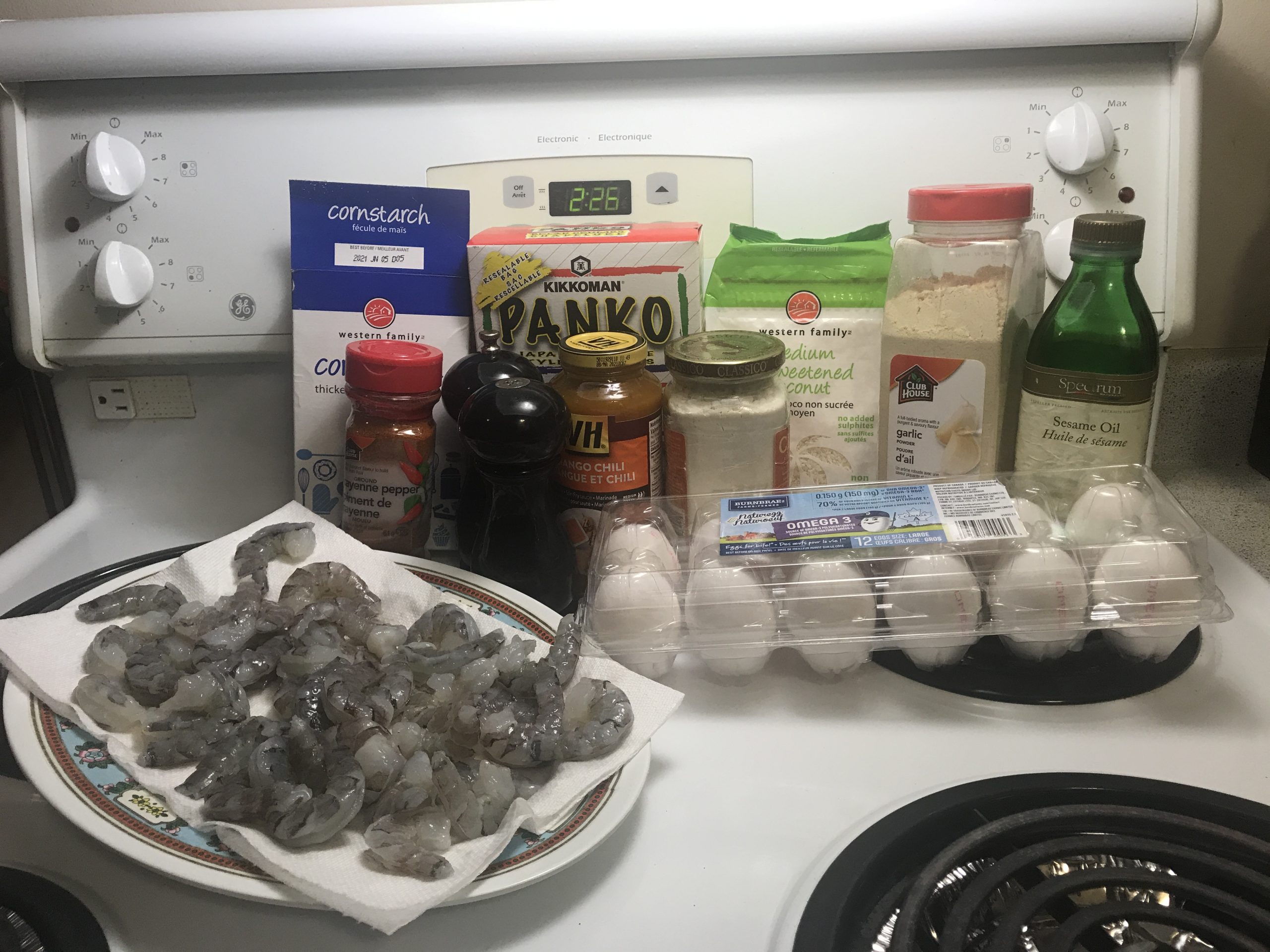 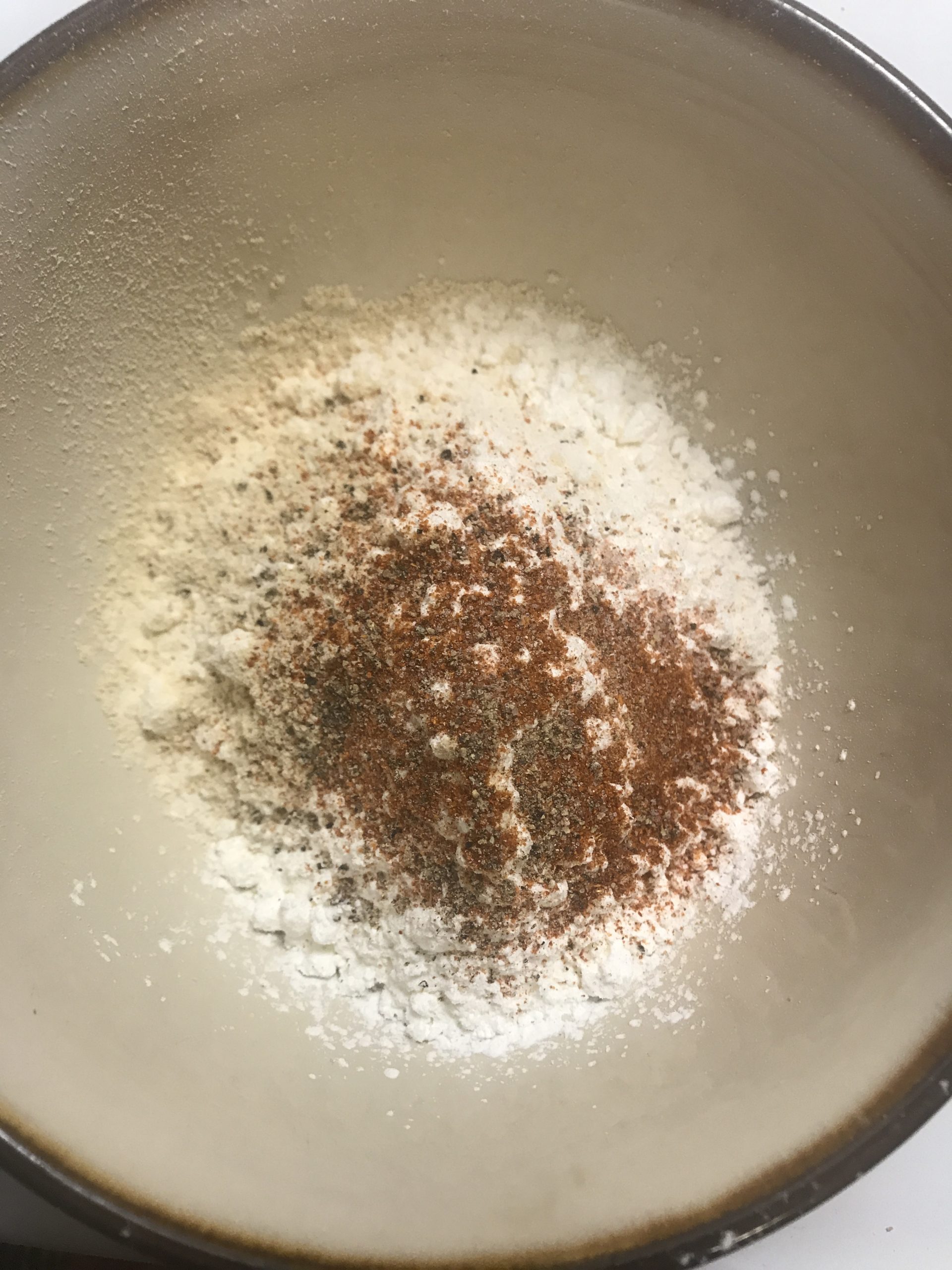 First we mixed the spices (garlic, cayenne pepper, salt, and pepper) in the flour. 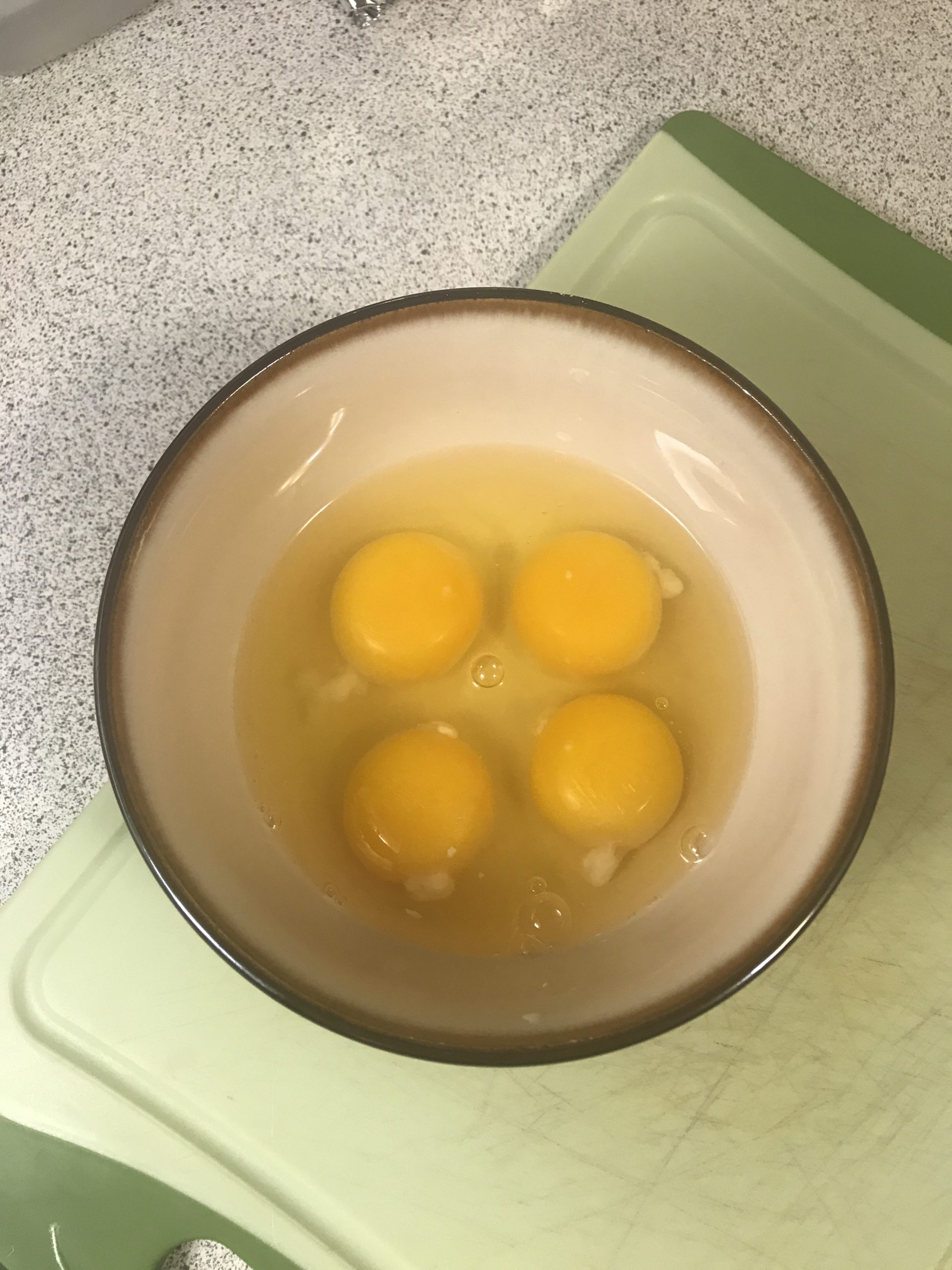 We used 4 eggs. We added a little bit of sesame oil as per the recipe. We had left over egg, so next time we plan on using 3 eggs instead. 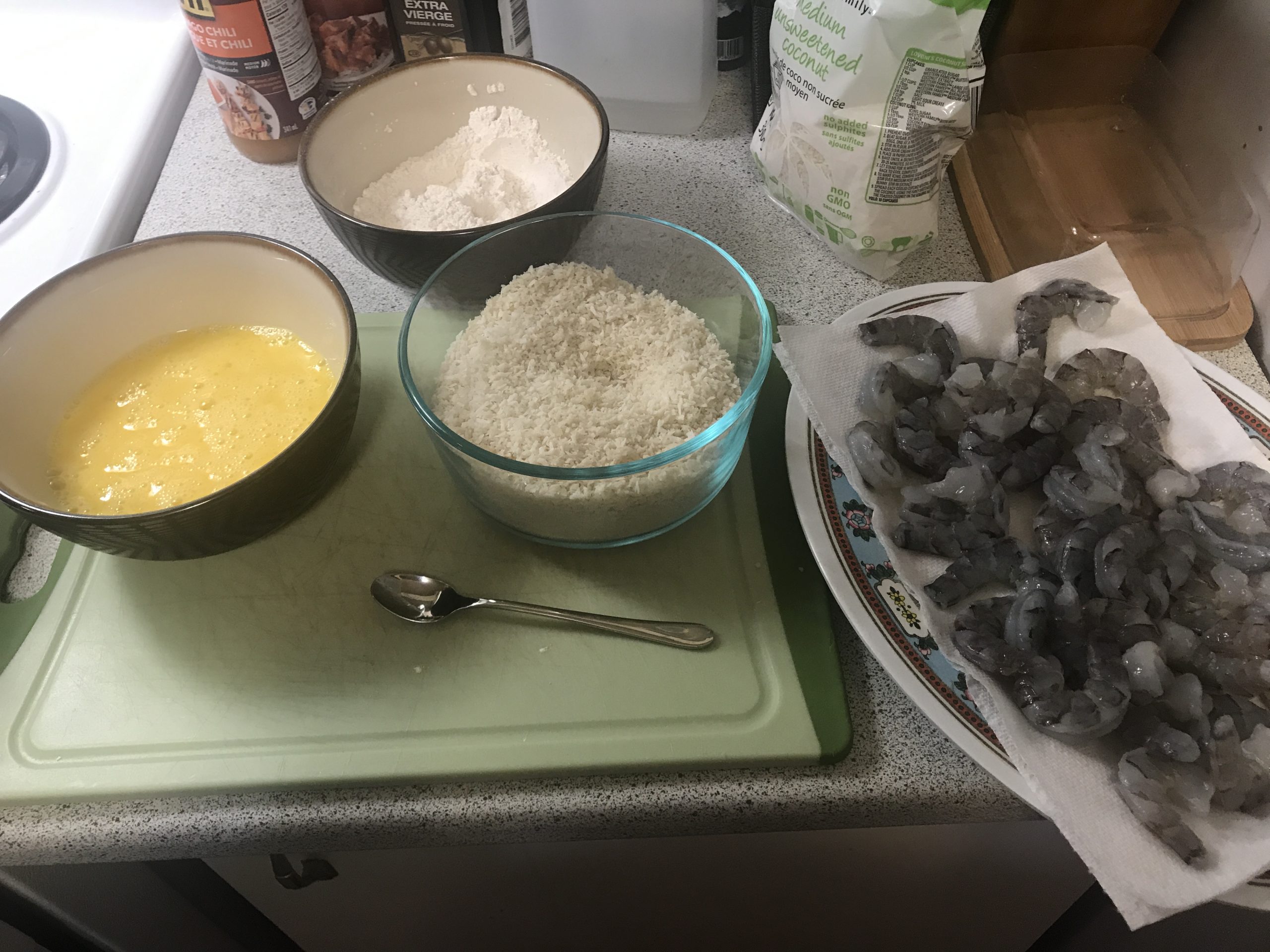 The crunchy coatings is made up of a 50/50 mix of shredded coconut and Panko. The coconut flavour is still strong with the unsweetened coconut.

Coat the shrimp in flour, then egg, crunchy mixture. Repeat for all shrimp. 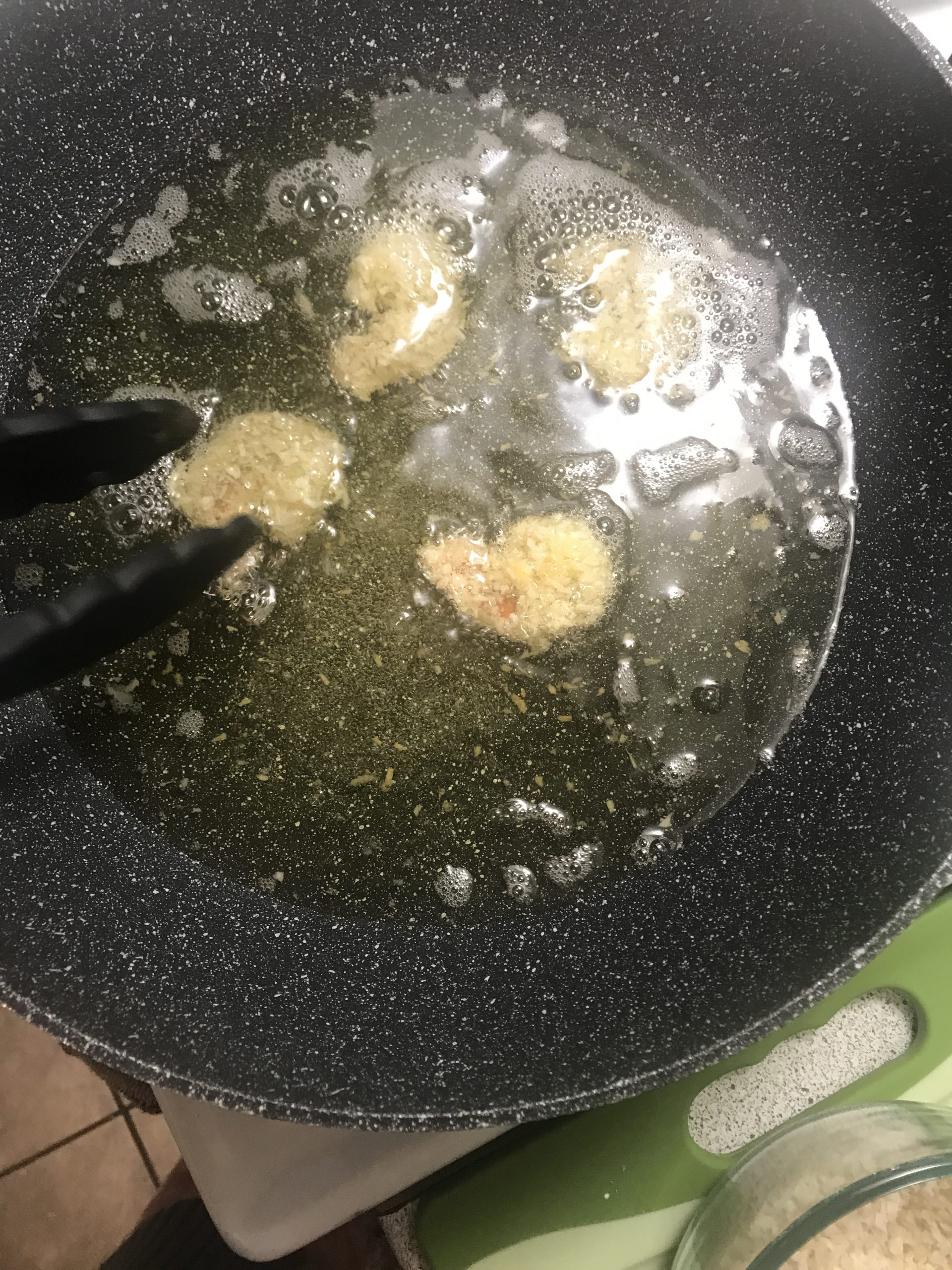 We started small to make sure the oil was ready and that the shrimp were cooking evenly. The more you put in at once the cooler your oil will become. This will result in a longer cook time. Oil also bubbles as it gets older which can make it more difficult to see the shrimp. 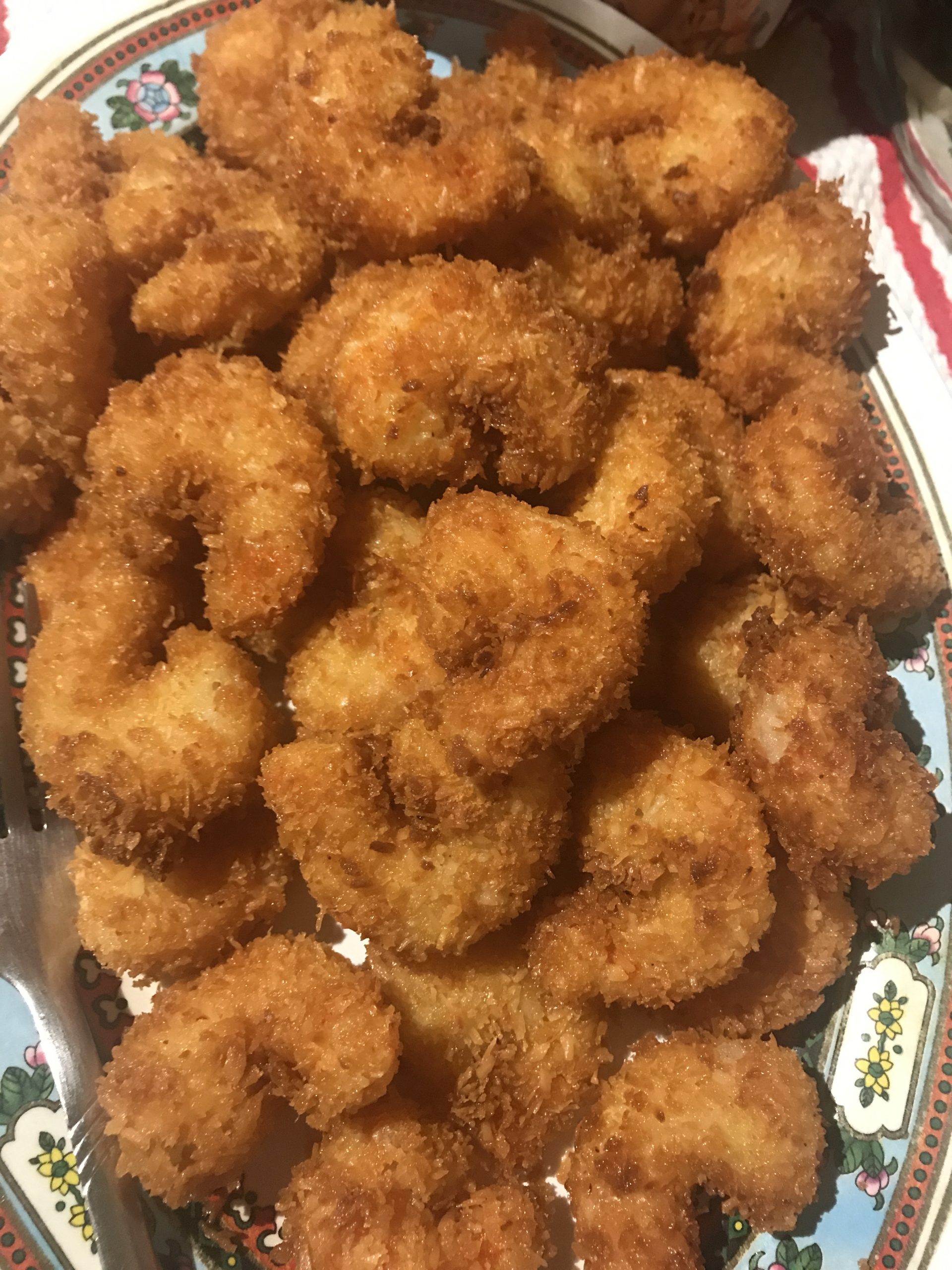 For our first go at coconut shrimp they turned out very well. We look forward to making them again and trying different dipping sauces. This time around we used a pre-made sauce from the store. Next time we may try making one from scratch.